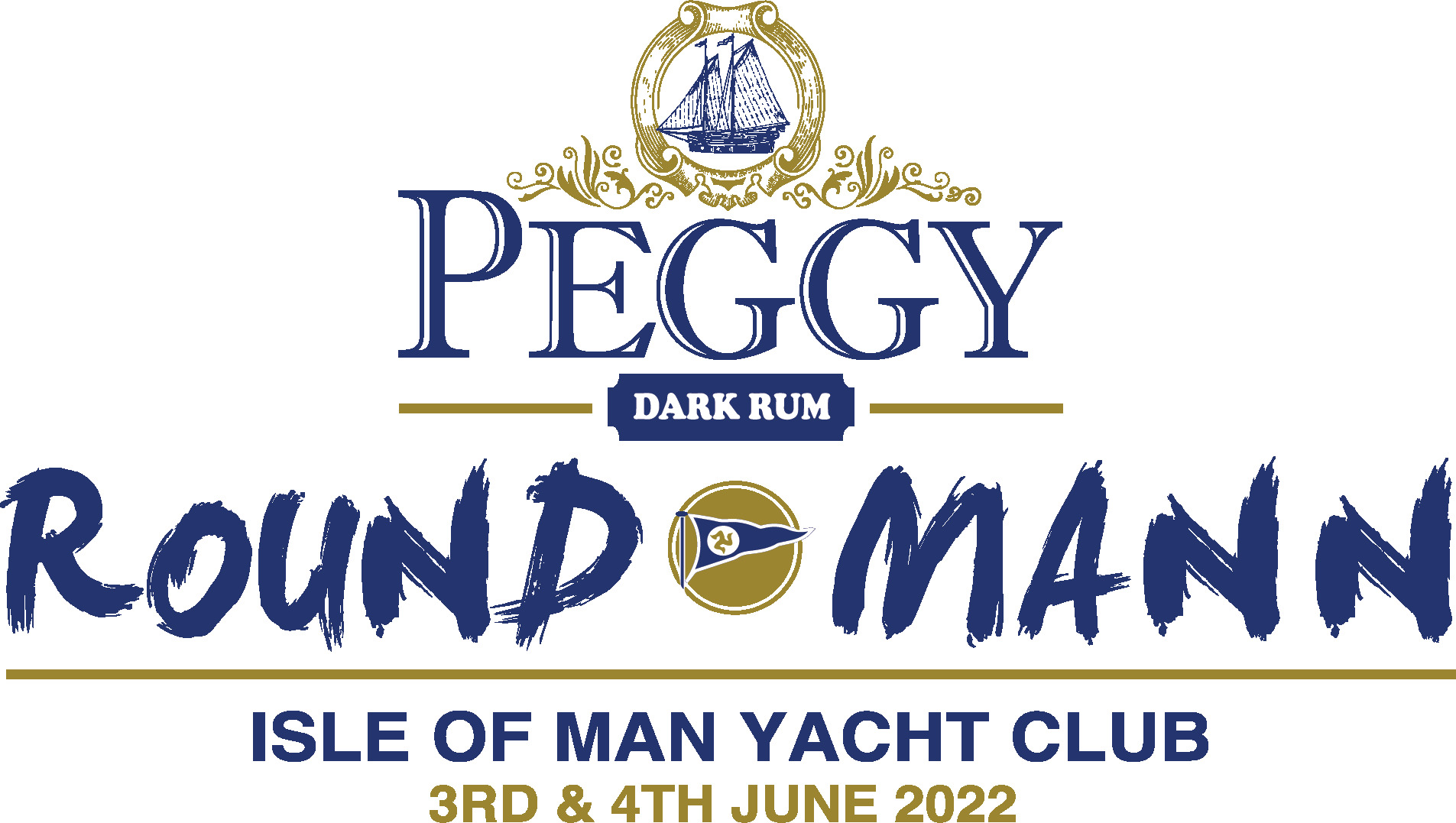 The 40 th Anniversary of the Round Mann Yacht Race - a 65 nautical-mile circumnavigation of the Isle of Man, kindly sponsored by Peggy's Dark Rum - provides a suitable challenge for any budding yachtsman.

The tactical guile and seamanship skills required to lace together the four major tidal gates, combined with unpredictable wind and sea conditions, ensures that even on the most sublime day there is plenty for each team to consider.

A time limit of 30 hours makes this a gruelling offshore "sprint" in an environment where so many races are now up to five days long. Entry is open to any ballasted sailing vessel and this is a Category 3 Race defined as "Races across open water, most of which is relatively protected or close to shorelines and not rounding major capes" by the ORC.

We are grateful for support from Peggy's Dark Rum for this event. Peggy's is named after the Isle of Man's most famous and oldest surviving wooden yacht which sailed the Manx seas in the 18th Century so is a very apt sponsor for our race.

Isle of Man YC ran its first round the Isle of Man in 1982. There were about 20 capable club yachts. A few had IOR ratings, although all club races were under the Portsmouth Number (PN) handicap system. (The term "Round Mann" only started in 1998 - it was "Round IOM" until then).

It was originally set up to be different from the established "Round the Island Race" run by the MS&CC at Ramsey, by offering an overnight, two-handed race, held near to midsummer in the shortest period of darkness. There was also only one division for mono-hulls only. The race could be run clockwise or anticlockwise as the tides dictated, unlike the Ramsey race, which always has to be anticlockwise. (The inaugural 1982 IOMYC race was clockwise, as it happens).

The overnight idea was dropped for the 1984 event and it has been a "day" race since - at the start anyway!

By 1986, many club yachts had increased in size and performance, creating a need for a fully crewed race alongside the original two-handed, so two divisions were applied. The two-handed division made its final appearance in 1988. From 1992, the mid-July race used Channel Handicap for Division 1 and PN for Division 2. Sadly, there was no (IOMYC) Round IOM race in the five years 1993 to 1997, as the club fleet had declined to less than a handful of suitable yachts. the race was resurrected in 1998as it saw the first of the Isle of Man Yacht Club "Round Mann" races in two divisions: IRC and PN. The late May bank holiday was adopted after the Manx Sailing and Cruising CLub race faded away for a while, when their race re-emerged, it was run on the early May bank-holiday, which was switched in 2018 to the Tynwald weekend in early July where it remains.

The Port St Mary race tends to take a slightly longer elapsed time than the Ramsey started race, as there is at least one, and often more, unavoidable tidal gates, no matter whether started at high water (clockwise) or low water (anti-clockwise), early on Saturday morning. A 30-hour time limit now applies, allowing the results to be declared and presentations made early afternoon on the Sunday.

The quickest race win to date was in 2010 when a Reflex 38 "Cheetah Cub" finished in 8 hours 47 minutes, in contrast to the slowest boat to finish that year was a Westerly Cirrus "Popard" in 13 hours 51 minutes.

There has been the odd race where a lack of wind has led to entire fleet having to retire but the Isle of Man weather is usually very obliging!