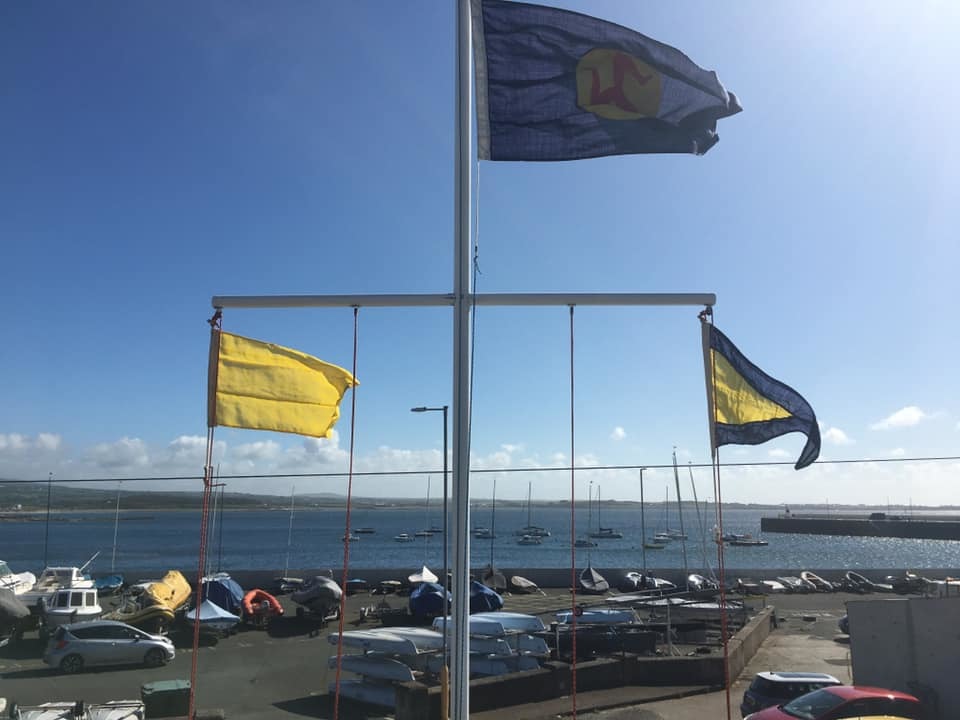 Central to the club is our harbour front clubhouse in Port St Mary surrounded by the boat park with slipway access to the mooring buoys.

It is available in totality or in part to hire for private functions when not used for club activities. (HIRE THE CLUB) 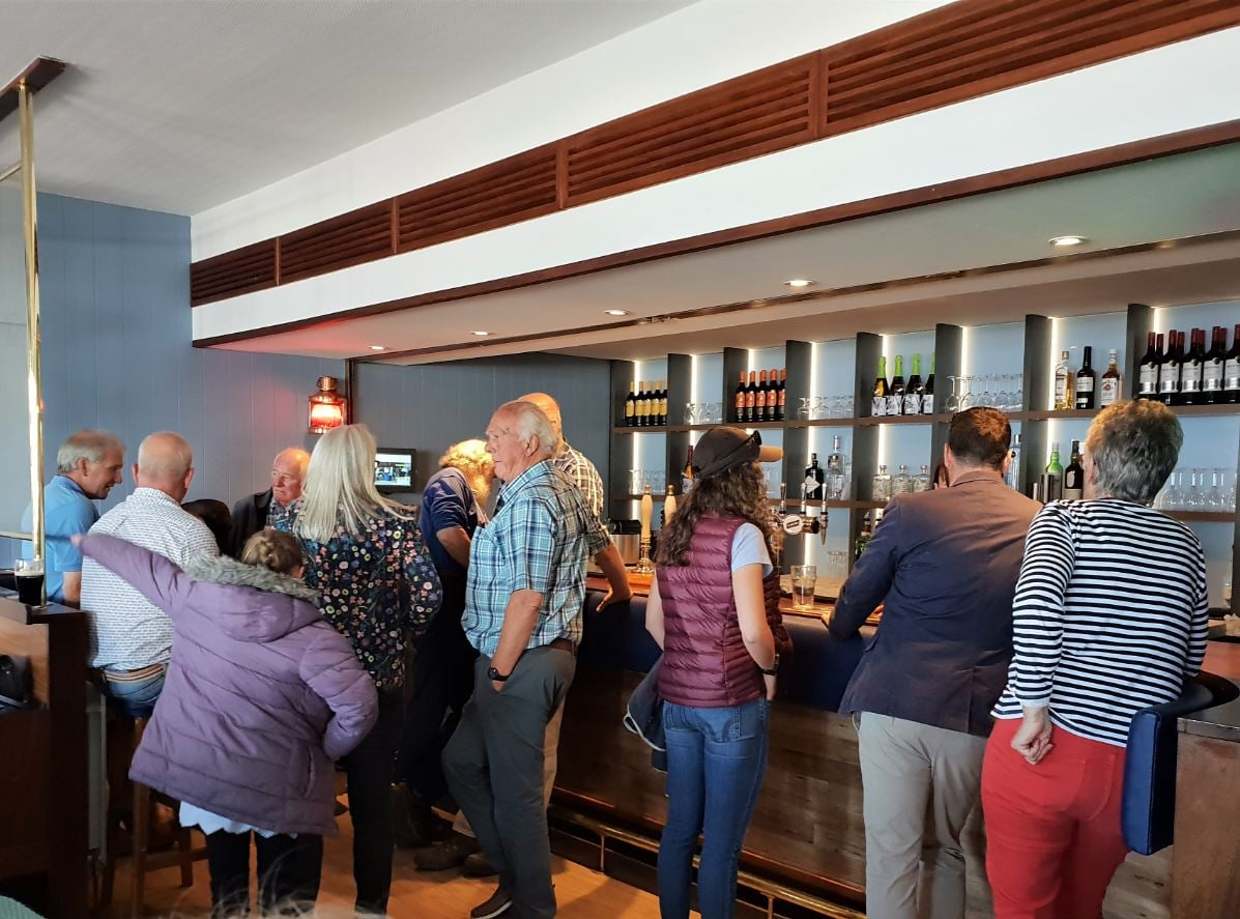 The recently renovated Bar is central to social activities and post race discussions. It always has local beer on tap together with a large selection of soft and alcoholic drinks from both on the Island and further afield.

This is used for meetings and dry courses, training and often for external groups such as Pilates

This is the wet training area, for having your lunch between sessions or perfecting the theory before heading back out on the water.

The kitchen is used for Sunday morning toasties, or post race suppers and social events. It is fully kitted out with a large oven, multi burner hob and most crucially a industrial dish washer.

A c.100 space hardstanding boat park with slipway access is administered by the club for both dinghies, day sailers, ribs and motor cruisers, with spaces for yachts on the hardstanding.

In the outer harbour there are 30 swinging moorings maintained and managed by the Isle of Man Harbours for boats upto c.45ft. During the summer months there are additional visitor moorings laid.

"It cost £160 secondhand in 1967 and has been shipwrecked three times and broken its back twice since, tough old beast and there's not much PJ can't fix with GRP. The hull is a Cheverton Viking an earlier version of the Cheverton Champ. The moulds for these boats were bought by McGruer's on the Clyde when Cheverton went to the wall. The Viking mould was destroyed, no longer fit for use and I suppose the design is not really all that desirable these days except, it's exactly what the club needs in a small committee boat. When we went to collect the boat from Derbyhaven, it had a rubbish old 2-stroke Johnson, which died at the back of Langness. At the time the boat had two pairs of sweeps and you've never seen rowing like it in the very roly-poly craft. Anyway, I have a mental picture of Norman Quillin in his lifeboat sea boots and jumper, approaching the motor with a claw hammer raised in a threatening manner it started right away and kept going after that. It's blue grey under all that paint." Mick Kneale

The club maintains a fleet of training dinghies for members to utilise with youth boats being free and larger boats for a small fee. All boats must be booked through the portal prior to use. These boats include RS Tera's, RS Feva XL, Laser Pico, Laser 2000.