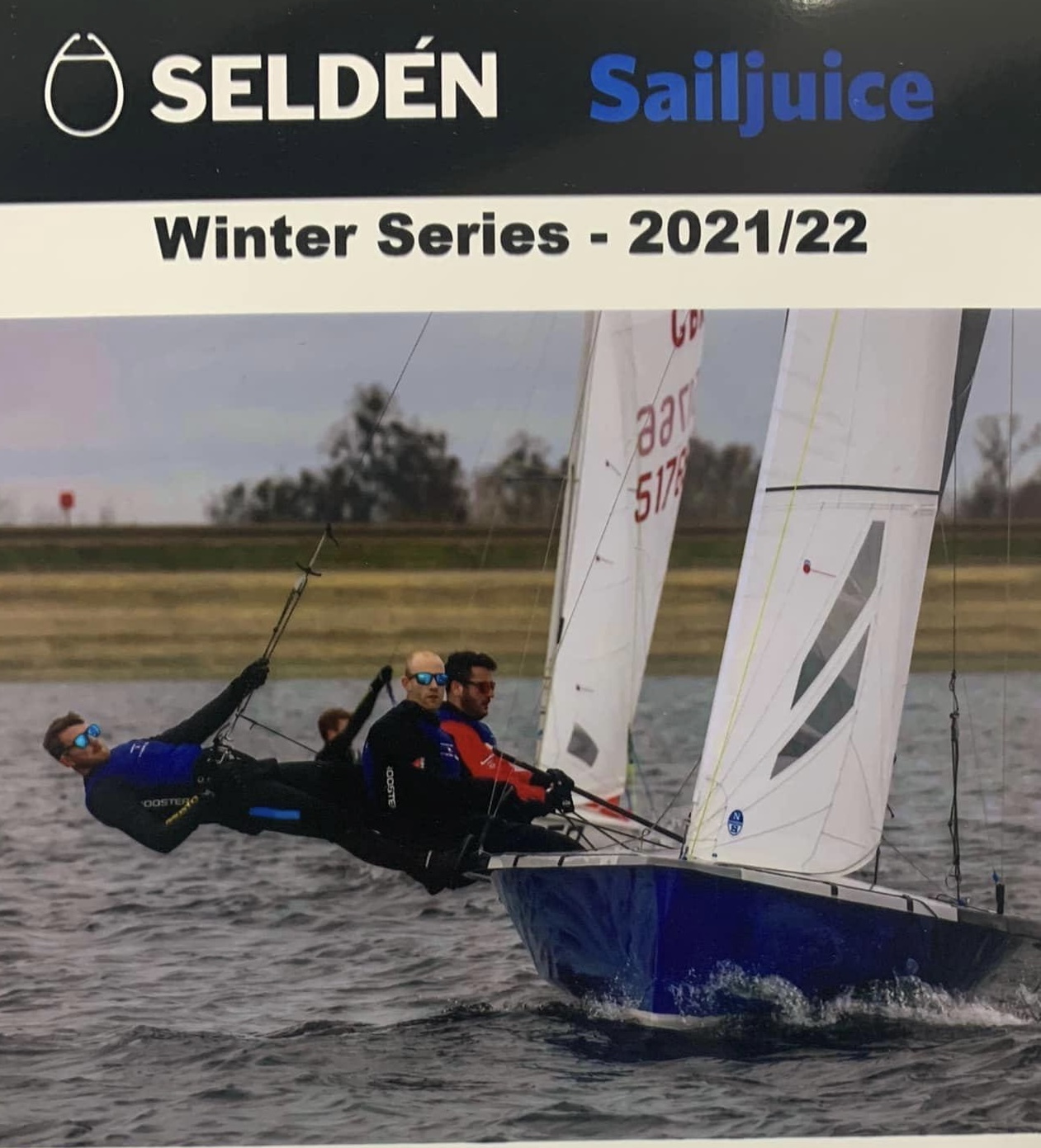 The 13th edition of the Seldén SailJuice Winter Series kicked off with the Fernhurst Books Draycote Dash on 20 & 21 November 2021. In total there were planned nine events in this winter's calendar, concluding with the Oxford Blue on 19 February 2022.

Competitors counted their four best scores from the nine events. With the uncertainties around Covid still around, and only one event completed last winter, it aimed to have sufficient events to constitute a viable series even if some of them are unable to go ahead, wind not Covid was the issue this year with only 6 events running.

The unstoppable team from Army Sailing Association/ Thorney Island Sailing Club were pushed hard for overall victory by Luke Fisher from Emberton Park who sailed his RS Vareo singlehander impeccably. Fisher finished on 15.7 points from his best three out of four events, not quite enough to topple the 2000 which ended up with 12.4 points.

Third place on the podium goes to Patrick Overs' Solo from Paxton Lakes SC, with fourth also going to a Paxton Lakes sailor, Paul Carrington and his Streaker.

This was the strangest of Winter Series, not least because it concluded in late August with the John Merricks Tiger Trophy at Rutland Sailing Club. Along with Rutland, the other participating clubs that managed to make events happen through all the stresses and uncertainties of the Covid pandemic deserve great credit.

The only winter event that went ahead on schedule was the Datchet Flyer last December, so with the decision to extend the Series into the warm months of 2021, it was great to see the first ever Grafham Belle go ahead in May and the Medway Marathon step into the breach at late notice in June.

There were a number of sub-category competitions as part of the overall Series. Details of the winners from these categories will be announced soon.

Once again the Great Lakes Handicap numbers, a well-proven variation on the standard RYA numbers, continued to place a wide variety of classes in the top 10 of most events.

Thanks always go to the sponsors - Seldén, Trident, Craftinsure, SpeedSix and Restart Sailing - and to the organising clubs, staff and volunteers, as well as Tim Olin for his tireless work taking photos of every boat on the water. This was the toughest season yet but it got done, a credit to all involved.

During last winter when so little sailing was able to take place, Series organisers Simon Lovesey and Andy Rice helped keep the conversation and enthusiasm going by hosting some informative and entertaining Facebook Live sessions looking at the history of dinghy sailing from a number of angles.